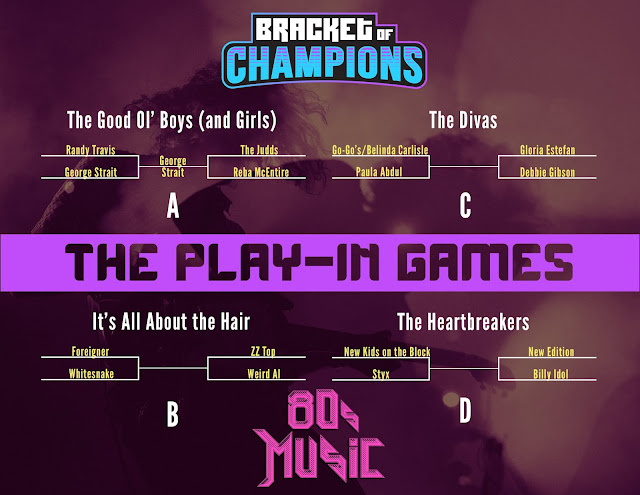 If you were to distill the sound of the 80s, it would sound like Foreigner. These guys had it all - the sound, the look, the hair. Foreigner was the 80s encapsulated.

Whitesnake did hair metal as good as anybody…. and they may have been the best of the bunch. David Coverdale is a legendary frontman, and these dudes rocked hard.

The 80s albums:
Ready an’ Willing - Gold
Come an’ Get It - Gold
Saints and Sinners - Silver
Slide It In - 2x Platinum
Whitesnake - 8x Platinum
Slip of the Tongue - Platinum

They’re simply iconic. The beards, the guitars, the whole thing. And, they’re one of only a handful of bands to release a Diamond-selling record in the 80s.

Listen…. If you need a case made for Weird Al, you probably aren’t going to vote for him anyway. He basically took all of the bands in this bracket and made a living off making fun of them. An absolute legend. Oh, and he made a cult classic film in the 80s too.