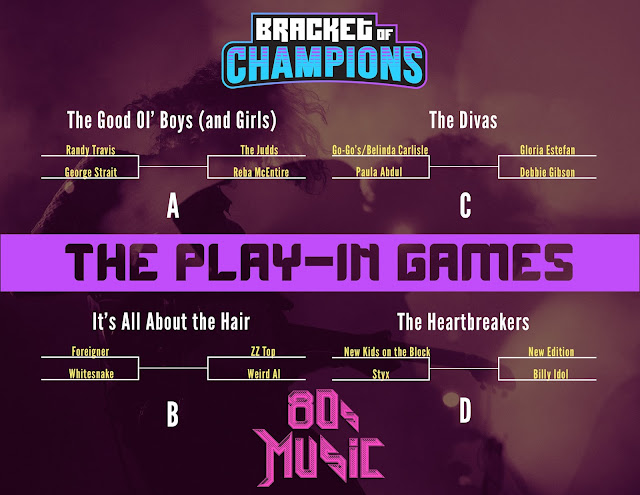 Randy Travis is an absolute country legend. Just listening to that country crooner makes you want to put on some boots and head to the honkey-tonk.

A workin’ man’s hero. They call him “The King of Country,” and it’s not for nothin.’

The Judds were a ground-breaking duo that didn’t just write hit songs - they were something brand new. Not only were they an all-female duo, but they were a mother/daughter team. And The Judds launched the career of Wynonna Judd, a legend.

What can you say about Reba? She’s an icon. Does anyone cast a bigger shadow than Reba?

The 80s albums:
Feel the Fire
Heart to Heart
Unlimited
Behind the Scene
Just a Little Love
My Kind of Country - Gold
Have I Got a Deal for You - Gold
Whoever’s in New England - Platinum
Reba Neil McEntire
What Am I Gonna Do About You - Gold
The Last One to Know - Platinum
Merry Christmas to You - 2x Platinum
Reba - Platinum
Sweet Sixteen - Platinum