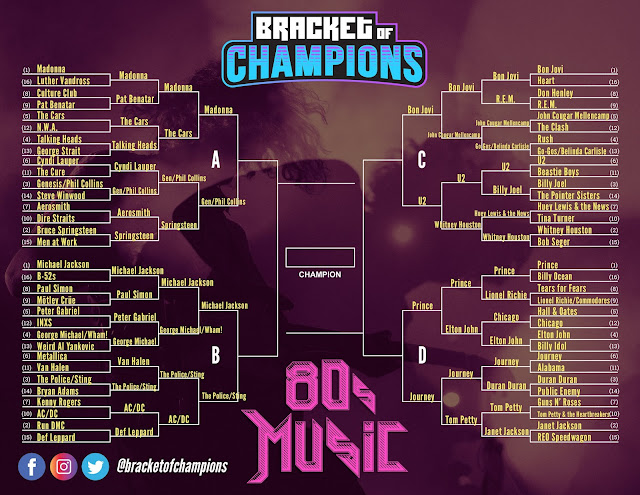 It's Time for the Elite Eight!

Voting is open for the C & D Groups! Below, you'll be able to vote for each of the matchups. You'll also find detailed information about each artist's 80s music, so if you need your memory jogged on these artists, we've given you summaries of their 80s accomplishments, and a YouTube video to boot.

The Irish boys that changed the entire direction of rock music. And Bono’s unplanned walkabout during “Bad” at Live Aid was a seminal moment for a generation.