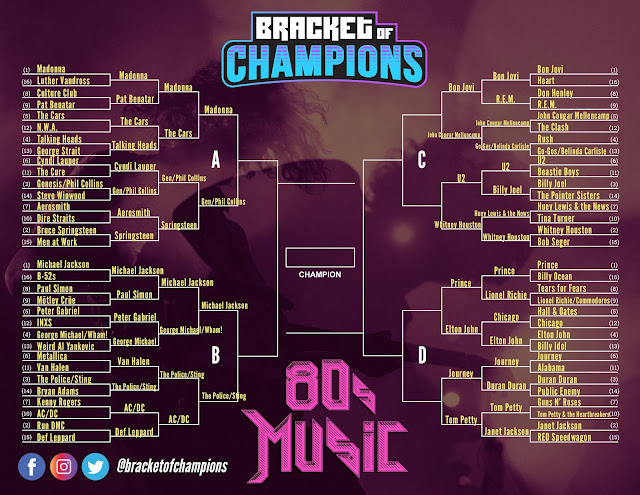 It's Time for the Sweet Sixteen!

Voting is open for the C & D Groups! Below, you'll be able to vote for each of the matchups. You'll also find detailed information about each artist's 80s music, so if you need your memory jogged on these artists, we've given you summaries of their 80s accomplishments, and a YouTube video to boot.

Some people call him a poor man’s Springsteen, but tell me you don’t know all the words to “Jack and Diane.” John Cougar Mellencamp was the champion of the small town and we loved him for it.

The voice! The biggest single in history! The first artist with seven consecutive #1 hits! And one of the strongest voices pop music has ever heard. It’s all Whitney.

From his Rocket like start in the 70s, Sir Elton John continued strong through the 80s, releasing 9 albums of new material plus live and compilation albums. If the 70s made Elton a star, the 80s moved him into icon territory.