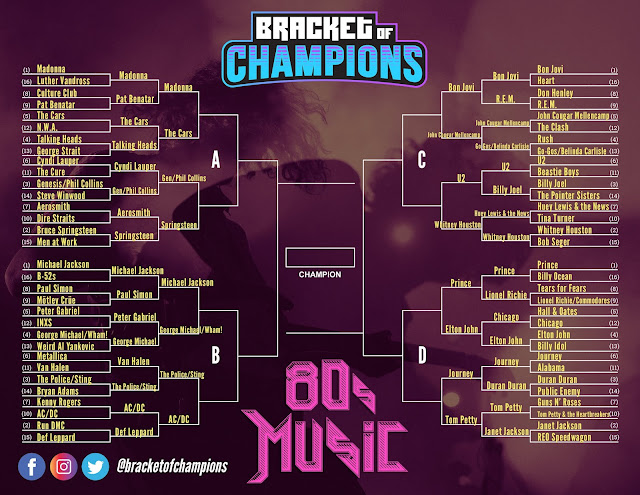 It's Time for the Sweet Sixteen!

Voting is open for the A & B Groups! Below, you'll be able to vote for each of the matchups. You'll also find detailed information about each artist's 80s music, so if you need your memory jogged on these artists, we've given you summaries of their 80s accomplishments, and a YouTube video to boot.

Ric Ocasek and The Cars took synth-pop and perfected it. They also perfected the music video game, doing things that MTV had never seen before.

From the borderline Bubble Gum beginnings of Wham! to his much more sexually charged solo debut, few artists exemplify the 80s evolution of pop music better than George Michael. He clearly was in touch with the fans as his lowest selling album still went platinum and his solo debut went double diamond.

These Australians absolutely redefined hard rock in the 80s. With a double diamond album, and a signature style, punctuated by Angus Young’s incendiary guitar playing, AC/DC are rock legends.