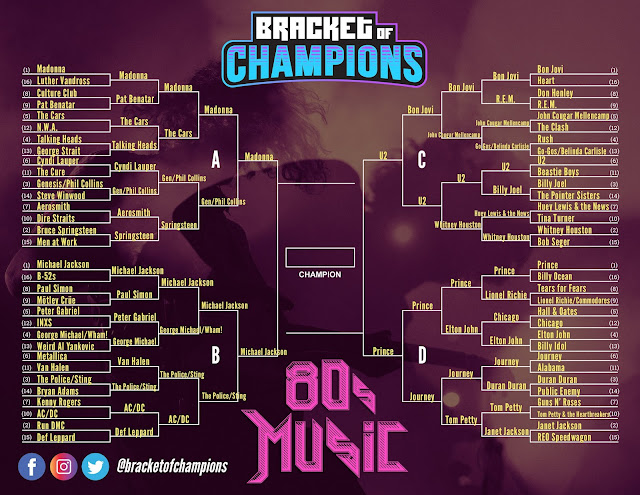 It's Time for the Final Four!

Voting is open for the Final Four! Below, you'll be able to vote for each of the matchups. You'll also find detailed information about each artist's 80s music, so if you need your memory jogged on these artists, we've given you summaries of their 80s accomplishments, and a YouTube video to boot.

He’s the King of Pop. What more justification do you need? How about having the highest selling album of all time? Does that do it?

The Irish boys that changed the entire direction of rock music. And Bono’s unplanned walkabout during “Bad” at Live Aid was a seminal moment for a generation.

The case for Prince: If you have to ask, maybe you’re not qualified to vote.